The Best Board Games to Buy as Gifts

With the holiday season in full swing we wanted to do an article covering the best board games to buy as gifts. I asked my group to come up with some board recommendations that would be good gifts. I've labeled them in 3 categories, Family Friendly, Causal Gamers, and Experienced Gamers. These of course are just our opinions and experiences may vary. I hope this list helps you find the perfect game to give this holiday season! 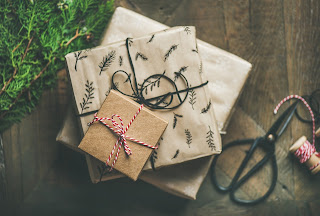 A great neutral game for up to 4 players. Vie for control over the gem trade by trading tactile resource chips for income generating cards. Super easy to learn, but hard to master as the strategy gets deeper the more you play it. Each turn goes relatively quickly keeping everyone engaged in play and planning out their next turn. This is one of the games we always bring out for game night as it pleases both the social and strategy gamers. I suggest getting colored sleeves for the 3 different card types, as they get a lot of play and may wear down. The resource gem tokens have a nice weight and feel to them. If the gamer you're buying for already has Splendor, then there is also the expansion for it "Cities of Splendor".

A card drafting based board game. Fast for new players to pick up and learn; to stab their friends in the back in no time. Gloriously build your fair city and then watch as you get knocked down a peg by your jealous competitors. There is enough variety in cards for repeat gameplay as you develop your grudges and learn to destroy your opponents.. ( I mean master the art of peaceful city building). With up to 7 players this game easily fills that question with what to do with an odd number of players. It is playable with 2 people, but with only one other person to pick on, it can become brutal and the source of many glares if done more than to learn to play. There is a newer version and an older version, both are awesome. I do suggest using sleeves on the cards as they get a lot of shuffles.


From the designer and one of the artists behind the wildly popular Wingspan, Tussie Mussie is a quick-playing micro game with a surprising amount of depth. It uses a drafting mechanic where one player draws two cards, looks at them, and then offers them to the next player with one face-up and one face-down. The goal of the game is to have the highest-scoring set of flowers. To make things more interesting, each of the flowers has flavor text that describes the Victorian meaning behind that flower. A story can be told based on what one player gives to another. There is also a solo variant available through a small $4 expansion called Flower Shoppe. The base game is $12.

This 1-4 player game (which I prefer to play solo) feels just like SimCity in only 18 cards. The player(s) have a set of 3 goals that will influence the way the city is built. Sometimes these goals act as a double-edged blade as they also dictate a target number of points that must be reached in order to win. On each turn, the player(s) place a card to build the city according to simple placement rules. It's quick-playing, but is also a serious brain-burner. It also has almost no setup time -- just grab three cards from the deck to use as goals and start playing! The base game is $12, but the four currently-available expansions (Beaches is one of the most popular) can be purchased for a combined $8 extra.

Fury of Dracula
(For Causal Gamers)


Much like the more popular Scotland Yard, FoD is a deduction game that features one player playing Dracula and moving around in secret while the other players hunt him down. Very thematic with variable player powers.


The need to work cooperatively brings the whole group together. It's a great game to introduce people to because a veteran can easily lead the team down the right path and help others learn quickly. This is often the first game I bring to the table at couples game night.


This hidden role, deduction game is always a blast to bring to the table. Fast setup and easy to carry make this the perfect game to take to a get together.


A hilarious party game that is easy to learn and fun for all. You collect cards and throw burrito's. Our group of aged 30+ adults enjoyed it as much as the kids did. It's from the makers of Exploding Kittens.

On a Scale of 1 to T-ReX
(Family Friendly)

Another great game from the Exploding Kittens team. This one is for people bad at charades, that in fact is the tagline for the game. You are tasked with acting out the action that's on your card, all players go at the same time, with their cards face up for all to see. The goal of the game is to guess the intensity of the other players actions on a scale from 1 to T-rex. Simple to learn and hilarious fun for everyone.

Sentinels of the Multiverse
(for Experienced gamers)

A spectacular co-op game that has a nearly endless amount of variability. Who doesn't enjoy Super Heroes themed card games? If you dislike deck building and want a fun pick up and play game this one's for you.

A fast paced push your luck game that gives the true thrill of speed. Strategy and luck leads the pack in this game as even one bad roll can have you watching the race from pit row. Fantastic components with several track , car and racing style options.


Games take about 15-20 minutes to play out, and really only takes 1 game before everyone gets the hang of it. One person is the lead forensic investigator and guides the other detectives into hopefully solving the murder. My favorite hidden role / deduction game, best played with 6-8.


Chronicles of Crime
(For Causal Gamers)

This is a co-op crime investigation game, best played with 2-4 people. You use your phone and game app to investigate one of the 5 scenarios crimes that come packed with the game. Scanning clue cards with your phone unlocks more of the mystery. You get a score at the end of the scenario detailing how you did and what really happened.

This is a Legacy game, meaning the game changes after each session and has an ending. It’s colorful, has good components, is fun to play, and only slightly devious. Charterstone offers you 12 fun 60-minute gaming sessions that are story driven and offer many big-time game changing opportunities to steer the direction of play. The game rules and features unfold as you advance, giving you time to learn the game slowly.