Secret Hitler is a 5 - 10 player social deduction game produced by Goat, Wolf, & Cabbage and designed by Mike Boxleiter, Tommy Maranges and Max Temkin. The game plays in around 20 minutes per round, but will give you many hours of fun each time it's brought to the table. 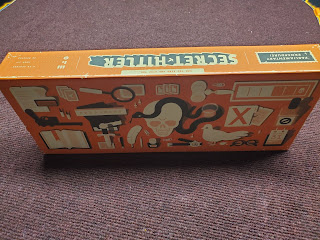 In each game of Secret Hitler the players are divided into two teams. One side being Fascist and one side being Liberals. The numbers for each is dependent on the number of players. Example in a five player game three players will be Liberals while the other two are Fascist, one of those two Fascist being Hitler himself. Only the Fascist will know the identity of other Fascists and the Liberals must figure out whom they can trust before six Fascist agendas are passed or Hitler is elected Chancellor. In order for the Liberals to win they need to enact five Liberal policies or assassinate Hitler.

During setup of the game, envelopes that contain either Liberal, Fascist, or Hitler, secret role cards are passed out to each player. Players will then secretly look at the cards in their Envelopes, being careful not to share this information with anyone. Then one player is randomly assigned the President role. It is this players job to instruct all players to close their eyes. All Fascist players should be asked to open their eyes (rules for 7+ player counts vary) so they may identify each other. After being instructed again for everyone to close their eyes. Then finally ALL players open their eyes and the game can begin.

At the start of each round the President must first nominate a Chancellor. They may nominate any player whom was not President or Chancellor in the previous round. After the President gives the placard to his nominee a voting round begins where ALL players use yes or no voting cards to either elect or veto a nominee from being elected. If the vote is a tie or the majority denies the nomination, then the Presidential placard is passed to the next player clockwise of the current President. If three election fail in a row then a random agenda card is enacted from the top of the deck.

When the vote for the nominated Chancellor has passed, then the President will draw three random Agenda cards. They secretly select one to discard and Secretly give the other two the Chancellor. The Chancellor will discard one unseen and place the other face up on the agenda track that matches the policy chosen.

When an agenda reaches a Presidential Power on the Fascist Agenda Track, The President MUST use that power before play can continue. Some abilities give the President powers to look at players party membership card or execute another player. If the player eliminated is Hitler, the Liberals automatically win the game. However, if the executed player was not Hitler, do NOT have that player reveal anything. This helps maintain a level of conspiracy on whether a Liberal or Fascist was eliminated. 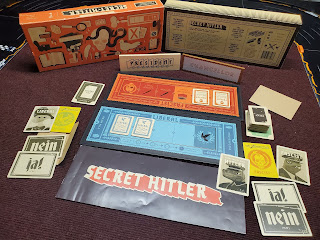 Component quality is some of the best available in board games today. The game includes multiple foil inlay boards with different abilities for the Fascist track. The agenda cards are VERY thick colored cardboard. The President and the Chancellor placards are wooden with rules printed on the back of each. The other cards are good quality card stock and the brown envelopes are thick but would love to have them have a way to snap them shut to make them easier to mix.

Don't let the name of this game scare your gaming group off, it is nothing more that a social deduction game with interesting mechanics, fantastic game-play, easy to understand rules and fantastic components. For the amount of game-play, the quality of components and memories you will make, the price point for Secret Hitler is a steal at $35.00 on Amazon. While the high player count may be hard to pull off, if you have the people, this is a must-play.

Scoring a 20 isn't easy and puts this game in a MUST own category for us here at the MMG. It's the best social deduction game we've reviewed thus far. 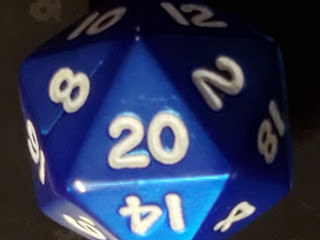